PHOTOS: Miss K lights up Screen
Nation Awards
Emerging UK celebrity, artist, model and humanitarian, Miss-
K, was one of the VIP guests who came out to celebrate the
9th Annual Screen Nation Awards.
The curvaceous, Afro-Caribbean beauty hit the press runway rocking a
new braided-mohawk hair style, wearing a black and pink dress that
clearly showed off her curves at all the right places.
The
dress,
which
was a
sensation,
was
specially
made for
her for the
Screen
Nation
Awards,
by Miss-K’s
London
Fashion
Week
Competition
winner,British Designer BZion.
The designer, who had just flew straight from New York to co-design the
piece with Miss-K,for this special event had just completed a stellar
showing during New York Fashion Week.
Miss-K’s arrival blew the crowd away and she headed straight to the
press lounge for interviews.
While awaiting for the awards to begin she mingled and got caught up
with friends,including Beffta Awards Founder, Pauline Long, and chatted
with actress, Yetunde Oduwole, from the sitcom “Meet the Adebanjos”
who complimented her several times on her attire. The two spoke at
length and exchanged hugs, before striking poses for a memorable picture
together with Screen Award Winner Alex Ekubo, before being seated at
their tables. 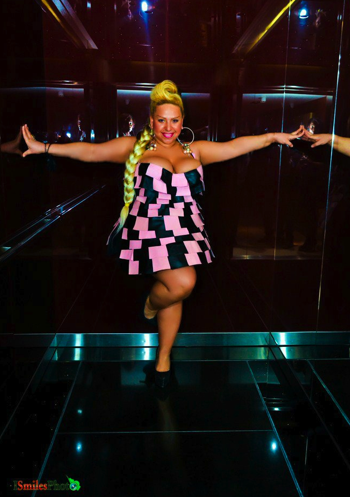 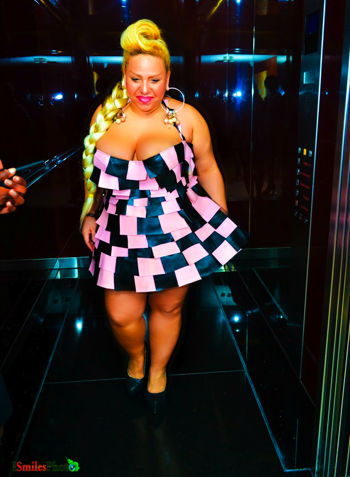 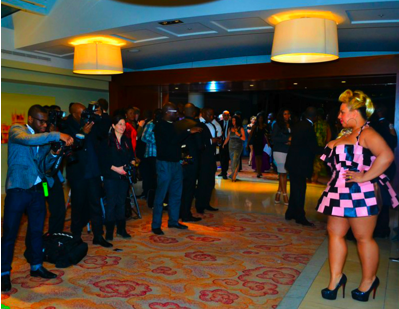 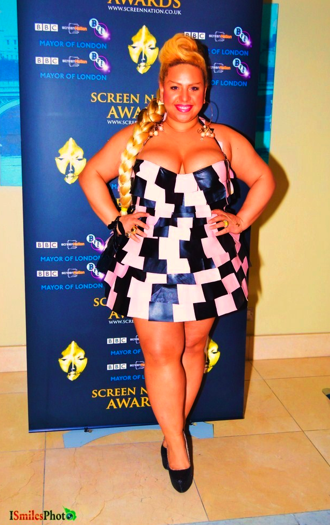 WHERE WILL YOU L;IKE TO STUDY